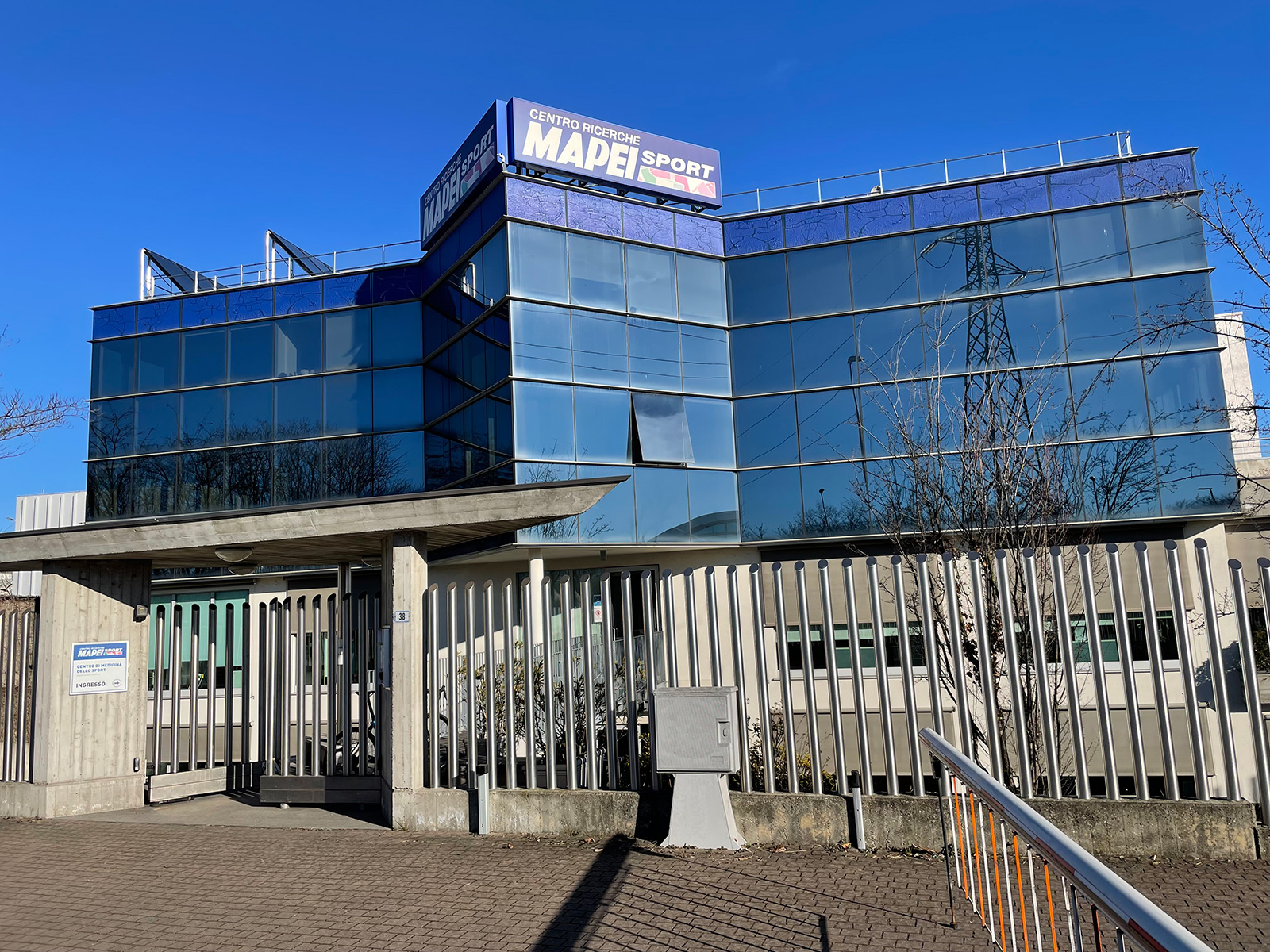 26
Professional at your service

MAPEI Sport, a structure supported by the MAPEI Group world leader in the production of adhesives and chemical sports products for construction, is a research center of excellence that operates in the field by carrying out scientific research and also multisectoral assistance to athletes in order to improve their performance.

Wanted in 1996 by Dr. Giorgio Squinzi, CEO of the MAPEI Group, in total harmony of thought and sporting philosophy with Prof. Aldo Sassi, co-founder of the Center who died prematurely in December 2010, the MAPEI Sport project takes shape with the inauguration of the facility in 1998 MAPEI Sport was created to support the athletes of the MAPEI Professional Cycling Team who for a decade dominated the world cycling scene with scientific rationality and a correct ethical approach.

Over the years, in addition to continuing its activity in the cycling sector, the structure has expanded its areas of intervention by dedicating itself to other sports such as football, basketball, running, golf, alpine skiing and motor sports, always maintaining its objectives unchanged. .

a) Assisting and supporting athletes towards achieving their maximum possible performance, an absolutely legitimate goal if sought through ethically flawless behavior.
b) Transfer to all levels of sporting activity (amateur, amateur, preparatory and healthy) the knowledge acquired through the experiences gained from assistance to top and professional athletes.
c) Always act while maintaining a rigorous scientific approach and absolute respect for the indispensable ethical-sporting values, thus contributing to the dissemination of a correct sporting culture in every sector of society.

Sports assistance: analysis and optimization of the determinants of athletic performance, individual assessment of the state of psycho-physical fitness, training planning, biomechanical analysis of the athletic gesture, medical-sports assistance aimed at identifying useful interventions to ensure optimal performance and also a guide for a correct health activity.
Applied scientific research in sports: a fundamental activity to have an always innovative and rational vision of the numerous problems that sporting practice entails at every level, trying to avoid and dispel commonplaces or “fashions of moment ”, indicating irrefutable solutions from a scientific point of view.
Sports culture: dissemination and “popularization” of scientifically validated knowledge, in order to contribute to the dissemination of an increasingly rational approach to both competitive and healthy sports, so as to obtain better results not only from from a performance point of view, but also and above all from the point of view of protecting and improving one’s health and physical efficiency.

Consultant in Nutrition for Sport and Dietology for Wellness